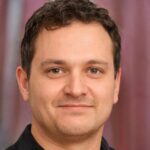 Skateboarding is a popular action sport that involves skateboard riding and performing various tricks with it. Fundamentally it is seen as a sport. However, it is also recognized as an art form, a recreational activity, a transportation medium as they could go anywhere with a skateboard, and many youngsters are also seeing this sport as a profession.

Over the years many passionate skateboarders have shaped the sport and inspired many younger generation athletes to participate in skateboarding. In the year 2009, a report suggested that the skateboarding industry is worth around $4.8 billion dollars in terms of annual revenue, with over 10 million active skateboarders around the globe.

Ten Greatest Skateboarders of All Time Rodney Mullen is a very talented and undoubtedly one of the best skateboarders of all time. He is a very influential and brilliant street skater and considered as the best freestyle skater in the world. He started skateboarding when he was 10 and at the age of 14, he won his first world skateboard championship. He invented various street stunt that skaters do today: heel flip, 360 flip, kick flip, casper slide, dark slide, Ollie air walk, primo slide, 540 double kickflip, Ollie fingerflip, impossible and many more. Rodney Mullen stands out from all the famous skateboarders. He makes stunts look like a piece of art. Tony Hawk also known as the “Birdman” is one of the most recognizable and influential figures in the skateboarding arena. Hawk was very talented as a child and became a pro at 14 years of age. He is the first man to perform documented 900. He won over 70 contests. Stalefish and sacktap are some of the tricks he invented. Hawk foundation was founded by him, which helps to build skate parks all over the nation. In 2014 tony was named as one of the “Most influential skateboarders of all-time” by FoxWeekly. Hawk helped to bring the popularity of skateboarding to a level that was never seen before and also driven the sport to a greater height. Brazilian-American skateboarder Bob Burnquist was born in Brazil. He won a total of 30 gold medals in his career. He is popular for being the first skateboarder ever to land a fakie 900. His successful completion of the 900 tricks made him the fifth person in history to do so. Bob is well-known for amazing switch stance skateboarding and for crafting innovative vertical tricks, which makes him one of the best skateboarders of his generation. His devotion to making every trick more precise and tricky is one of the most striking parts of his skateboarding. Nyjah Huston in one of the best skateboarders right now. At the age of 4, Nyjah started skating. His parents had a skate park where he spent most of his time while growing up. Each day he had 5 hours of practice session, where he learned and perfected his tricks. Nyjah was sponsored by Element at the age of 7. He has 12 X-Games medals, winner of 5 Tampa Pro, 5 medals in World Skateboarding Championship, which is a few of his achievements. He worked very hard to earn these accolades. Nyjah’s hard work made him the highest-paid skateboarder in the world. American pro skateboarder Danny Way is considered as one of the best skateboarders of modern time. He suffered from many injuries throughout his career but that couldn’t stop him from jumping into the skateboard ramp from a helicopter. His extreme attempts of stunts also include jumping the Great Wall of China on a skateboard. Danny won the world’s best skateboarder award two times. His accomplishments are more than enough to rank him alongside the best skaters ever to skate on earth. Eric Koston is one of the most talented American pro skaters who also owns a company. In the 10th grade he dropped out of college then in 1993 he turned pro. He has landed insane tricks, won several competitions and also has a brand. A list of top skateboarders is incomplete without Eric Koston. He became a brand in the arena because of his top skateboarding skills. Besides, not every high school dropout becomes one of the most recognized skateboarders of all time. Bam Margera is one of the insane skateboarders. Behind the story of his nickname “Bam” tells so much about him, which was given by his granddad due to his enthusiasm to run into the walls. He was never afraid to perform risky stunts. Besides that, his fantastic ability made every trick look simple. Bam was the first street skater in Phoenix to land the loop successfully. In 2016 he put an end to his illustrious career of professional skateboarding. Chris Cole is one of the most famous skateboarders. The first time he got attention for his completion of numerous difficult tricks like the 360 flip down the staircase at Wallenberg High School, a backside 360 kickflip down the Carlsbad gap in Carlsbad, California and etc. Thrasher Magazine twice named him as the “Skater of the Year”. He won the Transworld Skateboarding magazine’s “Readers Choice” award. He also won 5 X-Games medals. And he won the Super Crown Championship in 2013. At the start of his career, he tried many different skateboarding tricks and pulled them off, which made him one of the best skateboarders of all time. You Can Find Best Skateboards In Tic Tim

Rodney Mullen is the best skateboarder in the world.

There are so many great skateboarders in the world. These above-mentioned names are only some of the greats of skateboarding who took this sport to another level.

This site uses Akismet to reduce spam. Learn how your comment data is processed.